This story was originally published by Jean Ginzburg on on Thrive Global.

I had the pleasure of interviewing Michael Harden, co-founder and general partner of ARTIS Ventures. Mike has been in the venture capital industry since 2001. Prior to founding ARTIS, Mike was with the CSFB Technology Group where he was one of the first mobile Internet and device analysts. He graduated from the Lucent Technologies/Bell Labs Leadership Program where he worked in their mobile division. He is also Chairman of the Board for ChefsFeed and supports, and works closely with, the San Francisco Child Abuse Prevention Center.

Jean: Thank you so much for joining us! Can you share your story about how you got into the VC space?

From a work history perspective, I became interested in public markets and investing from a young age, and really enjoyed devouring 10-Q and 10-K forms. I actually still follow many of those same companies to this day, and watching them make choices and business decisions that affect them months, or even years later, has given me the ability to identify cause and effect in today’s business climate, which is key in the venture capital arena.

As my career advanced, I began taking bigger positions and working more closely with companies. It was then that I became increasingly unsatisfied with the quarterly earnings process and the balance a public company has to make between hitting market expectations, regardless of what might be right for the company growth, or the employees.

I’ve been on the investment side for almost 20 years now and love it because it gives me the opportunity to work closely with companies and help them achieve their goals.

Jean: What kinds of startups do you typically work with?

We specialize in companies that are on the wave of what’s known as the convergence revolution. These are companies at the intersection of traditional computer science and engineering, as well as life sciences and biology. We believe that the next trillion dollar opportunities are the nexus where technology and science come together, and those are the life-changing companies we are most excited about.

It’s also where we think we stand out. Other VC firms often take a targeted investment philosophy, such as “software is the be-all, end-all and trumps hardware.” Or they focus almost exclusively on investments in one domain.

As we look back at the breadth of investments ARTIS has made — from hardware to software, enterprise to consumer, or life sciences to biotech — we see the pattern of our investments is really focused on this idea of worlds converging.

Stemcentrx (acquired by AbbVie in 2016) is a great example of this. They were a company who used novel methodology from computing and big data in addition to breakthroughs in life sciences and drug discovery to create a cure for small cell lung cancer, but they wouldn’t have been able to do that without both the technology AND science advancements that came before.

If you look back, DNA was discovered in 1953, Genentech was started in 1976, and the human genome project had its ideological origins in the mid-1980s.

Simultaneously, the tech industry was also taking off with the first transistor hitting the market in 1947, the first integrated circuit making its debut in 1958, and Intel launching in 1968. The growth of these two seemingly completely separate industries happening in parallel is WHY today we have companies that are working to cure cancer, advancements in synthetic biology, and so on. They would not exist without the advancements made over time in both technology and life sciences, creating an entirely new category of companies in the convergence revolution.

Jean: What do you look for in the management team of your investment companies?

In terms of management, we’re looking for people that have passion, know what they don’t know, who ask for help when they need it, and have the guts to take their idea all the way.

In the early stages of any company success means survival, and that takes a team that is both passionate and pragmatic. We look for people who have the willpower — and interest — in riding the ups and downs, and that can make hard decisions, while balancing their passion with the reality of the real world.

Jean: Can you share a story of a successful Angel or VC investment? What were some of the highlights?

We’ve been fortunate enough to be a part of a lot of great VC investments — YouTube, Stemcentrx (acquired by AbbVie), Aruba Networks, Nimble Storage, Cohesity, Quid, Modern Meadow, Locus Biosciences, and Excision BioTherapeutics, to name a few. All have great stories and wins, but there are two standouts for me.

First is Modern Meadow, of which we invested in their Seed and Series B rounds. What struck me about CEO Andras Forgacs and his team was they had such a mind-blowing concept that would disrupt the sometimes grotesque meat and leather markets, as well as a practical approach to get there. Andras had a real understanding of the capital markets and what it would take to bring his vision to the point that it would have a real impact on the world.

Since we made that seed stage investment their progress has been great and we believe in the next five or so years that they will have a significant impact on the leather market specifically, giving people and artists unique and new ways to express themselves, while having a highly positive impact on the environment.

Cohesity is another great example.When we first met their CEO, Mohit Aron, we were blown away by his combination of experience, drive, and work ethic. He’d already achieved incredible success in the storage space, and to see someone with that combination attract a world-class team and grow at such a rapid pace is truly exciting to be part of. There’s a lot to be said for watching people succeed through the long, hard struggle that is most often the case for startups, but it’s also very rewarding to see all the stars align for a company from the start, like in the case of Cohesity.

Jean: What is one piece of advice you would give a startup?

Choose your investors like you are choosing a spouse because it really is a marriage. Your capital structure and investors are the foundation on which you will build your company. Yes, you need a great idea and team, but you can’t build anything on a shaky foundation. Picking investment partners should be about more than just money.

I’ve seen it time and time again where there are great ideas/teams that are built on the back of bad capital partners. This could be in the form of too much debt from the wrong people, with firms that have gotten special terms, people that gave you money too easily at too high of a valuation, and so on. So be judicious in your partners. 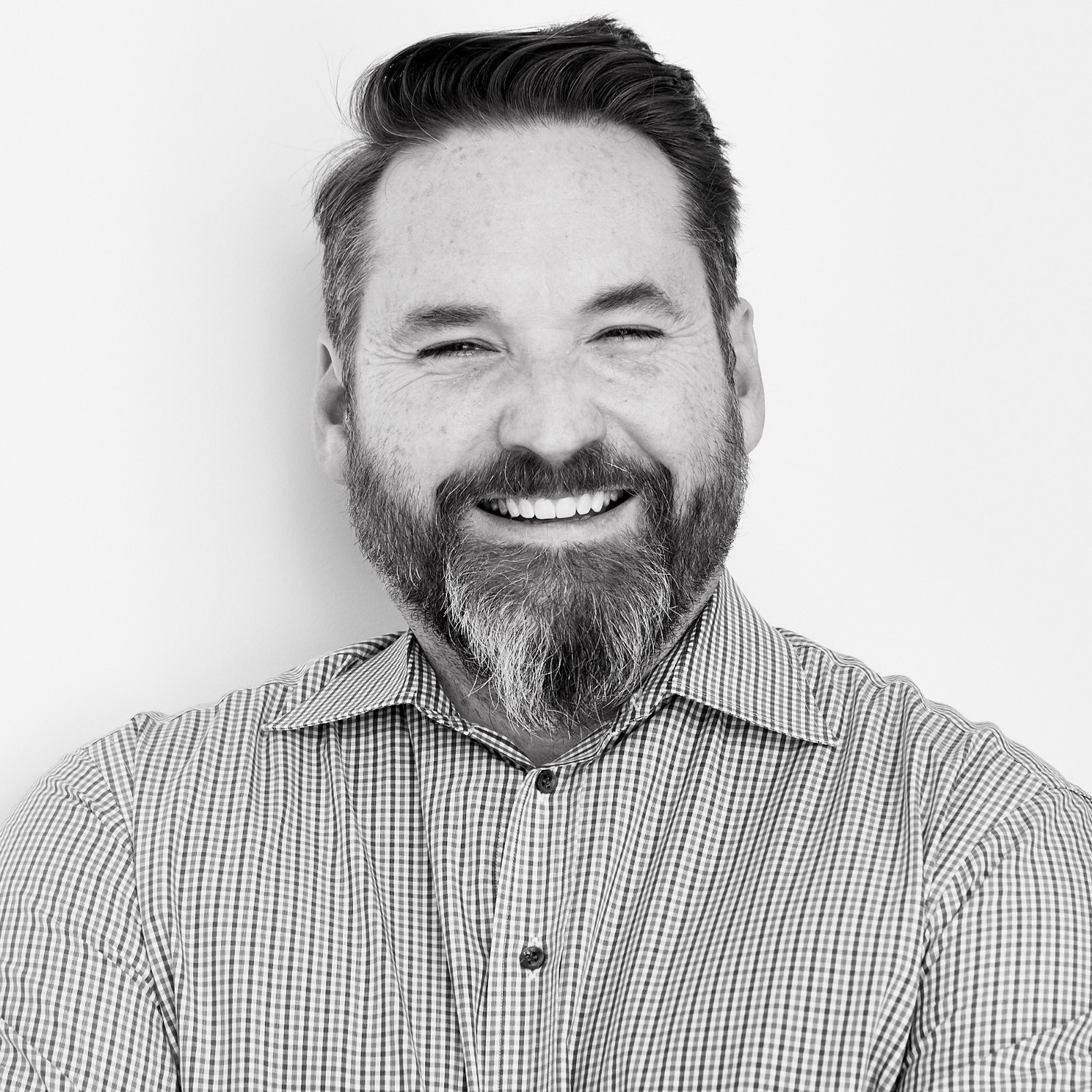 Jean: Do you have a favorite book that made a deep impact on your life? Can you share a story?

Kitchen Confidential by Anthony Bourdain had a big impact on me. I read it when it first came out and what struck me most was to read the story of what you can achieve as a truly authentic person. He worked his way from busboy to being one of the pivotal chefs who shined a light on an industry, and entire community, that was not considered a respected career, and now it is revered almost like celebrities. To see how that type of authenticity, and not being afraid to go your own path, can lead to the ultimate level of success is so inspiring. 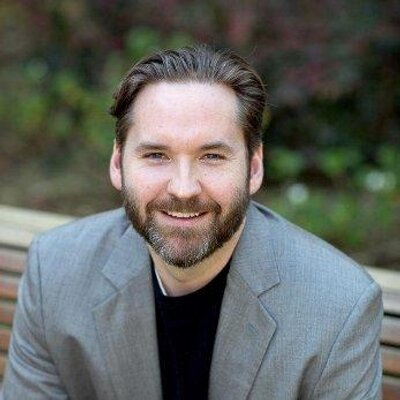 Jean: What are your “5 Things I Wish Founders Knew Before They Pitched To Me” and why. Please share a story or example for each.

Pitch me anywhere except LinkedIn. Investing is what I love to do, and I love to hear about people’s ideas and what they are dedicating their lives to. So I don’t mind if we meet at a party and you approach me “cold” with your company story, in fact, it’s appreciated. However, the volume of “clever” automated approaches on LinkedIn is overwhelming. I get dozens of messages a day on that platform from people that presume they already know me. It has just gotten so crowded that you are no longer able to stand out. So, while I welcome the “connection,” don’t pitch me an idea there.

In our first meeting, dive right into your idea. Don’t spend 30 minutes on the first five slides of your presentation validating that your market is big. By the time we get to that first meeting, know that we are on the same page about the market potential. Trust me, we do our homework long before we sit down, so instead dive right into your idea, how it will shape the future of an industry, change the way we live, alter the world, and so on.

Know your (real) valuation. Don’t raise too high of a valuation because it increases the risk of future down rounds. Don’t raise too little capital that you find yourself without enough runway before needing to raise again, and then having to go out and tell the same story. Be mindful and contemplate your future cash needs and milestones so when it’s time to raise again you can show progress.

Be honest about your weaknesses. Don’t be selling the dream so hard that you give a false sense of where you really are. Acknowledgement of weaknesses is a strength.

Choose your investment partners like you would choose your spouse. As previously mentioned, your capital structure and investors are the foundation on which you will build your company. Take the time to choose wisely.

Jean: Some of the biggest names in Business, VC funding, Sports, and Entertainment read this column. Is there a person in the world, or in the US whom you would love to have a private breakfast or lunch with, and why? He or she might see this.

I recently spoke at the Milken Institute and was blown away by Michael Milken and how he’s dedicated his life to health, wellness, and science. He’s had such an interesting career arc and has survived through tremendous business and health adversity, yet still manages to put together a respected platform for people to share ideas. His perseverance through every challenge put in front of him is a type of drive that resonates with me on a very personal level.

Jean: This was really inspiring! Thank you so much for your time.